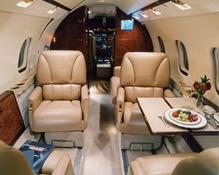 It is a quality inherent to successful companies to be able to foresee future market demands and design an innovative aircraft accordingly. That is exactly what Lear did when introducing the Lear 55. By strategically borrowing effective elements from former aircraft and integrating new features, the Lear 55 offers exceptional performance and comfort in its class. It marks successful evolution. 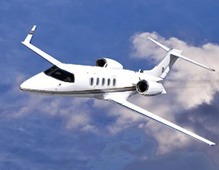